← more from
Don't Be Afraid 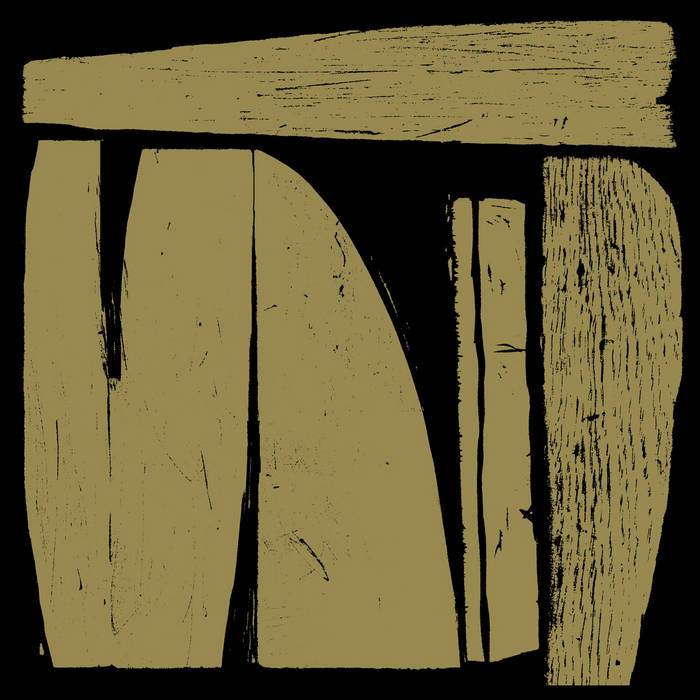 Simon The record is very nice. Fuck that press release abt "the pressures of raising a family". She's an artist to us listeners, not a parent. Favorite track: He's Been Teaching Me to Drive.

Tracklist
A1 Why Is There A Long Line In Front Of The Factory
A2 The Workers Are On Strike
B1 Why Don't You Make Your Bed
B2 It's Not Worth The Bother
C1 Why Does Your Father Look So Nervous
C2 He's Been Teaching Me To Drive
D1 Did You Hear The Owls Last Night
D2 Yes, But I Didn't Know They Were Owls

Karen Gwyer returns to cement her reputation as one of the most individual and daring voices in dance music with ‘Rembo’, her first full LP for Don’t Be Afraid. Reflecting the sheer energy of Gwyer’s improvised, undulating and unpredictable live shows, ‘Rembo’ captures Gwyer in her element as a techno producer not afraid to smudge both the physical and emotional edges of what we may have come to expect in the club.

“I do think the dance scene right now is so rigid”, explains Gwyer. “And I’m not really sure why producers are seen as less desirable as DJs. Perhaps there’s a prejudice that implies that DJs are more engaged with the crowd, that they can take the vibe in the room and run with it, and I don’t really hear people say that so much about producers playing live.”

Live performance is where Gwyer’s ideas come into gradual but vivid fruition, with tracks often evolving over “five or six shows” before reaching the studio. Here, Gwyer endeavours to capture the same transcendent energy that has seen her enrapture audiences at international events such as Mutek and Unsound, and in support of contemporaries such as Laurel Halo, Kassem Mosse and Factory Floor. Throughout ‘Rembo’, dozens of shows and endless stolen studio hours have informed 38 minutes of uncompromising body music.

“What I’m doing is trying to challenge a certain way of thinking”, she continues. “I feel like, without it being said, I get treated as a warm up act for DJs. And I also feel like when I go and play, I want to disprove that notion. I’m standing there for an hour, and I don’t necessarily know what’s going to happen. I have a loose idea, but I’m definitely working the crowd. I’d like people to shift their thinking in regards to what producers are doing, and to acknowledge the fact that there’s a lot of decision making happening on a second-by-second basis, and a lot of it is improvisational.”

Each of the album’s eight tracks are paired together to offer a different, ambiguous call and response through their wholly unusual titles. Opening the LP, the brooding cosmic unravelling of ‘Why Is There A Long Line In Front Of The Factory’ only offers a smudge of a kick, before, subverting her reputation for more contemplative excursions, Gwyer responds matter of factly with ‘The Workers Are On Strike’. Pounding drums hammer down a paranoia inducing synth, establishing the relationship between Gwyer’s striking, skeletal rhythms, as well as her natural tendency to “keep making things weirder”, a tension that accompanies listeners further down Rembo’s idiosyncratic rabbit hole.

‘Why Don’t You Make Your Bed’ is equal to the melancholy dread induced by it’s title, albeit sounding less domestic than positively interplanetary. Before long, it’s wistful counterpart, ‘Because It’s Not Worth The Bother’ lets us off the hook in a shorter sketch of fluttering chords. ‘Why Does Your Father Look So Nervous’ racks up the Drexciyan tension, before ‘He’s Been Teaching Me To Drive’ responds with elasticated psychedelic techno, an almost overcoming level of detail slowly building and replicating the overwhelming sensations induced in sweat-drenched club spaces.

For the record’s final chapter, ‘Did You Hear The Owls Last Night’ seamlessly blossoms from a hardboiled percussive assault into a vibrant swell of ethereal chimes. Finally, ‘Yes, But I Didn’t Know They Were Owls’ concludes the LP with a slowly-stepping arrangement that nods to the futurist leanings of Detroit techno.

Throughout her youth in Michigan, with Detroit on the nearby horizon, the city’s time-honoured musical heritage slowly sank under Gwyer’s skin. First through public radio, late night transmissions and endless cassette recordings, then on the life-changing local rave scene.

“Before the internet came along, you were listening to the radio, and you knew who the DJ was, but you had no earthly idea who the records were by”, recalls Gwyer. “You just listened to the music, and you didn’t listen to the people. And because you didn’t ponder their personalities, you weren’t engaged in the process. And I loved it, it was pivotal to me. I still have records on tape, and I have no idea who made them. I lie awake at night thinking about how am I ever going to find out what that track is? I have a snippet of it in my mind, but how will I ever know?”

'Rembo' then, is in some way a tribute to those transformative moments caught on tape. And while the pressures of raising a young family means that Gwyer has fresh pairs of young ears to potentially inspire, instead, this is a record that calls firmly to the night; an album to transport both artist and listener to dark, sweaty rooms, to shared escapism and unexpected moments of electronic transcendence. From the first note forward, on record and in the club, Karen Gwyer is an artist in total control, no matter where she ends up taking us.

Bandcamp Daily  your guide to the world of Bandcamp

Exhumed and Gruesome's Matt Harvey checks in, with jams from Cannibal Corpse, Midnight and more